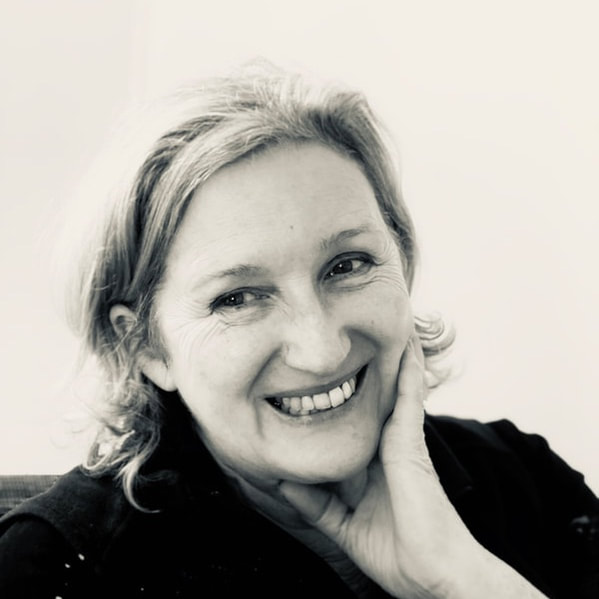 BRIEF BIOGRAPHY
Since completing her studies in Fine Art, Christine Johnson has had numerous solo exhibitions throughout Australia.

Significant works can be seen in Melbourne at Peter MacCallum Cancer Centre, Park Hyatt Hotel and Crown Promenade Hotel and are in the public collections of the National Library of Australia, State Library of Victoria, Monash University, University of Queensland, Artbank and Victorian regional art galleries in Mildura, Benalla and Hamilton, Victoria.

​
VOYAGES BOTANICAL
In 2012 Christine was awarded a Creative Fellow at the State Library of Victoria and undertook research on early Australian botanical art. The result of this extensive research was the touring exhibition, Voyages Botanical. It includes 30 solar-plate engravings and related drawings and paintings. The exhibition was launched in December 2014 at the Alliance Française, Melbourne and concluded at Albury Regional Gallery in January 2019.

During the course of the tour Christine taught Cyanotype workshops at Bribie Island, Wangaratta, Mildura Arts Centre and at the Royal Botanical Gardens, Melbourne and gave lectures about the project at  The Alexandra Club, Wangaratta Art Gallery, Bribie Island Museum and Blue Mountains Cultural Centre.

While Voyages Botanical was at the Mildura Arts Centre in 2015 Christine was also artist in residence at The Art Vault. She discovered the fascinating story and collection of the virtually unknown botanist, Eileen Ramsay, the subject of her next exhibition in 2020.
In 2017 she presented a paper on Eileen Ramsay at Melbourne University to the School of Culture and Communications at the conference, Art and Affect and at Mueller Hall - National Herbarium of Victoria.

Christine’s early work history includes five years as an art director on independent films and music videos. She taught Visual Arts at Prahran and Dandenong TAFE colleges. During this time she was the co-ordinator of TAFE Drawing Conferences and started an art gallery for students at Dandenong TAFE.

In 1987 Christine collaborated with Howard Arkley on Suburban Landscape and this painting was included in the retrospective of Arkley’s work, Arkley (and friends…) at Tarrawarra Museum of Art in 2015. https://www.twma.com.au/exhibition/howard-arkley-and-friends/

2014-2019 Christine worked with curators from regional galleries to create the tour of Voyages Botanical.

In 2019 Christine was the curator of Baldessin Studio – The Story at Montsalvat, Victoria, an exhibition about the development of the Baldessin print-making studio in St Andrews, Victoria.

Voyages Botanical, A box set of 30 solar-plate engravings, printed at Baldessin press, St Andrews, Victoria, 2014 and supported by the State Library of Victoria

Books
In 2019 Christine collaborated with writer Michael Shmith on the monograph, Five Soldiers, a guide to the history of each of  five young men who tragically lost their lives in World War One. The production of the book was supported by the Faculty of Pharmacy and Pharmaceutical Sciences, Monash University, published by Fox Galleries, and printed by Ellikon Fine Printers.
Voyages Botanical, 2014, 56pp illustrated book to accompany the exhibition published by the artist.

Radio and Film
In 2019 Christine participated in the production of a documentary film about the development of her work for the Five Soldiers project.

In 2011 Christine created a concept for radio, based around her artistic process and the history of Australian botanical art. The programme, Tiny Blooms, includes interviews, diaries, poetry and music. It was produced for ABC RN Hindsight by Gretchen Miller and broadcast in March 2012.

‘A rose is a rose…’, Latrobe Regional Gallery, Victoria

‘The Art of Collaboration, Masterpieces of Modern Tapestry’ from the Victorian

2000 ‘We are Australian’, touring exhibition

1997 ‘Mulch and Metaphors; The Garden in Contemporary Art’, Mornington Peninsula

‘Being there’, Legge Gallery, Sydney

2004 Tapestry design for the Victorian Tapestry Workshop, Melbourne (in production)

2003 Paintings for the Function Foyer of the Crown Promenade Hotel, Southbank,

1999 Commission for foyer of the Park Hyatt Hotel, Melbourne